BEST way to conquer ACID REFLUX: especially if you are a singer!

I am a performing musician and I play about 60 shows a year and have been singing for about 20 years, but within the past year I was finding it more and more difficult to sing and play 3-4 hour shows. I was also dealing with really bad shortness of breath from time to time and on more than one occasion while playing a gig I even got light-headed in the middle of a song to the point where I almost felt like I was going to pass out. Now if you sing you know about 80% of singing is how you utilize your breath so it's immeasurably important to be able to breath freely and easily. At first I was asking myself questions like, "Is my voice changing that much over time to the point it's getting worse?" or things like, "Is my voice on the decline?" as I'm only 39 yrs. old. Here are the symptoms I had:

It's a scary thing dealing with your voice not being able to really open up and project and hit the high notes you know you can hit whenever you want especially when you make a living doing that. So I went to my primary care Dr. and she said I most likely have ACID REFLUX. She gave me some medication to try, but it seemed to only temporarily mask the underlying issue. Now, mind you I've always been a very healthy person and when something is wrong with my body it's usually gone within a few days or a couple of weeks at most, but this kept lingering for several months and it seemed to be getting worse. At one point last summer I had a REALLY bad cough and had to play 2 gigs where I literally could not project my voice without coughing really hard. So I picked songs that I knew were easy to sing where I didn't need to really project my voice very much at all and I turned up the volume of my microphone to let the microphone do a lot of the work. Another time I was singing the National Anthem at an MMA event in Queens and right before I sang it I had REALLY bad shortness of breathe where I was almost weezing.

So, that was the breaking point for me where I realized I was at the point where I really needed to do something about my vocal issues because it was starting to affect my livelihood. It's important to also note that I do the one-man band thing and have been doing that for almost every show I have played in the past 3 years. So I was thinking that maybe my voice was getting tired singing that much because years ago I would play full band shows where I wasn't the only singer and it is A LOT easier when you don't have to sing every song. Last April I got the opportunity to sing the National Anthem at MetLife Stadium for Monster Jam in front of about 50,000 people, which is BY FAR, the most amount of people I've EVER sung in front of in my life, and this was the time where I was going through all of these vocal problems. I knew I would be ok to sing the Anthem even though I literally only had 1 day to prepare not only my mind, but more importantly at that time my body because I knew something was just not right with my voice. It was almost as if every time I sang I was doing vocal gymnastics just to hit the notes I know I can hit easily and it literally took all my 20 years of singing to just get by doing that. I didn't really want to even practice singing either as even speaking and teaching music gave me shortness of breath. I ended up singing the Anthem fine, but in my opinion I have sung it better, but now I know WHY! Here is the performance if you want to check it out:

It's my ultimate goal to sing the National Anthem at MetLife Stadium for a NY Football GIANTS game in dedication to my father who passed and WHEN I do I know I'm going to sing it even better now that my voice is almost back to 100%!

REMEDIES I HAVE PERSONALLY DONE THAT HELP CONQUER ACID REFLUX:

First, I decided to go to a nutritionist because not only was I dealing with vocal problems I was also gaining some weight too (which I've never had to deal with weight problems in my entire life), which I came to find out was directly related to Acid Reflux. I was also referred by a friend to the book entitled, "Killing me softly from Inside: The Mysteries & Dangers of ACID REFLUX" written by Dr. Jonathan Aviv. Here's a picture of the book as I HIGHLY suggest you read it as it has helped me immensely!: 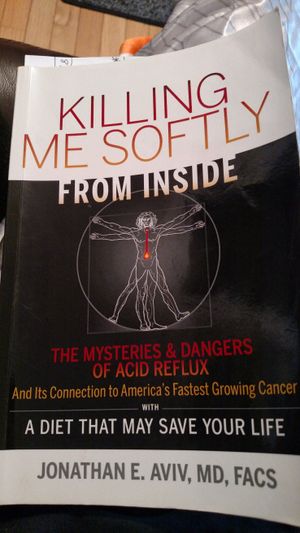 So, I went to the nutritionist for 1 month while reading this entire book in the meantime and I even made an appointment to see Dr. Aviv this past Sept. 14, 2016 too. In that month I lost about 12 lbs, then I went into NYC to see Dr. Aviv in person. From reading his book I self-diagnosed myself with THROATBURN REFLUX w/ slight vocal chord dysfunction (VCD). After he examined me and did a Transnasal Esophagoscopy (TNE), which is a way to examine the esophagus in an office-based, unsedated manner by passing an ultra-thin scope with a camera on the end of it through the nose I asked him if my self-diagnosis was correct and he said yes. The procedure isn't too bad, but it's a little uncomfortable, but if it helps in diagnosing my problem then it's worth it. After putting the scope down my nose and into my esophagus he was able to show me a video of my actual vocal chords as they were inflamed due to Acid Reflux damage. He told me that I was doing everything right and sent me to a speech pathologist for something called "Respiratory retraining." Basically, it's retraining the vocal chords as when we speak the vocal chords are open and then they are supposed to stay open when you stop speaking. My vocal chords were inflamed and would close and cause the shortness of breath. His big thing is using ORGANIC food as medicine for our bodies and he tells you what foods to stay away from that actually trigger ACID REFLUX. Here are foods to avoid:

He also says that in the "healing phase" (1st month) of eating it's very important to eat food that is pH 5 and above in order to alkalize the body and promote healing. In the book he even has an "Acid Watcher's Diet" that he has created for the "healing phase" as well as the "maintenance phase" too. The main reason to choose ORGANIC food is because of all the GMO's in the processed foods we have grown up eating and thinking that it's ok to eat, not realizing that all the chemicals and preservatives that are put in the foods we eat are slowly killing us. Not to mention that if we keep eating all these foods that cause ACID REFLUX it can lead to Barrett's Esophagus (from having GERD) or worse Esophageal Cancer, which is the fastest growing cancer in the world today. There is so much information in this book and if you're battling vocal problems and have a lot of the symptoms I listed above then I HIGHLY suggest you buy this book and read it! Also, note that by eating organic and a balanced diet you will not only treat your Acid Reflux, but you are much more likely to stave off diseases like cancer. I don't know about you, but I really don't want to die of cancer as I want to give myself the best chance to live as long as possible because we only have one life and it's up to us to make the best of it! It's a learning process like anything else and the more we focus on it the better we will get at it. I'm still learning more and more every day and I'm currently reading his 2nd book entitled, "The Acid Watcher Diet." Here's a picture of the front cover as I HIGHLY recommend reading this book too!: 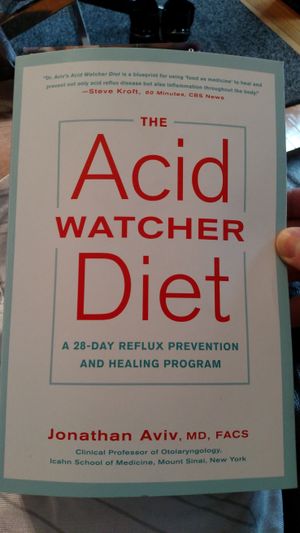 In summary, if you think you might have ACID REFLUX go to your primary care Dr. and get checked out. If you've been dealing with it for several months or even years with little to no relief I'd not only buy these books, but I'd make an appointment to see Dr. Aviv in NYC. It is a little expensive for the appointment, but they will work with you on the price especially if you pay that day in cash. But if you think about it especially if you are a vocalist wouldn't you want to go to a specialist to get the best possible care in order to heal what is ailing you so you can not only feel better, but sing better?

Since I've gone to the nutritionist, read his 1st book (currently reading his 2nd book), started eating mostly organic food (about 95% organic), and saw Dr. Aviv I've literally lost 20 lbs and I feel so much better overall, but more importantly for me my voice is almost back to 100%! I know this sounds like a damn infomercial testimonial, but it's the truth. I think it's important to state that I am not making any profit off of any sales whatsoever of these books so if you do decide to buy them it will only benefit you in the long run. Anyone who truly knows me knows that I am honest and if something works I'll back it 110% and let others know it has helped me!

This info that I provided is literally just scratching the surface as there's so much more to divulge and learn, but I honestly wanted to put this out there to help especially those people that sing and use their voice to make a living. I hope in some way this helps you in your journey as I know it has helped me IMMENSELY in mine. God Bless and have a great day! :) 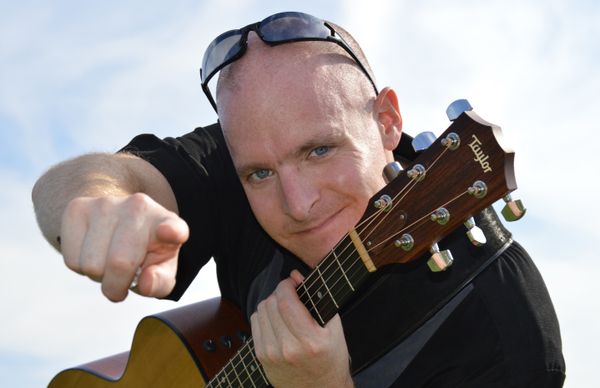